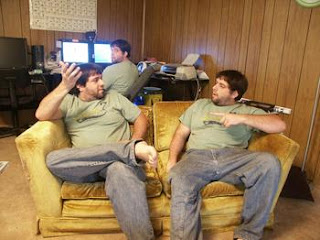 
I know this sounds like a huge pipe dream, and it may very well be. Let me address some concerns right off the bat: (From this point forward, I'm going to refer to this idea as the "facility".)
My thought was to initially set this up as a crowd sourced project. While I am good at coming-up with ideas, implementation and design are qualities I lack. Here's what I'm thinking I would need help with to get this off the ground... if enough people think this would be a worthwhile project:
I know there's probably more that needs to be considered, but that's where my idea begins to get blurry. I'd love to hear your ideas on this concept.
Posted by John "Zanziber" Rogers at 1:01 PM No comments: