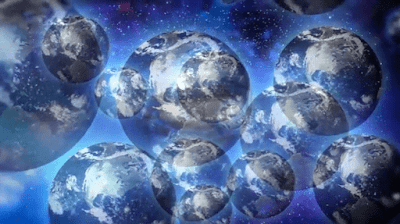 I have been role playing for 36 years now, and I have played a wide variety of systems. From basic D&D to World of Darkness and so much in between. And I have enjoyed most of the systems I have had the pleasure of gaming with.

Around middle school, I started playing in the Palladium RPG system with Teenage Mutant Ninja Turtles & Other Strangeness. From there, we also played Heroes Unlimited, Beyond the Supernatural and Robotech. In 1990, Palladium released the game-changer; Rifts. This finally connected all the different game setting that Palladium had published and allowed the possibility of them to interact with one another. I loved this idea!

In D&D, yes there were other realms and planes of existence, but this seemed so much more. You could take your super-powered heroes into the Robotech universe to take on the likes of the Zentradi or Invid. Or how about taking your paranormal investigator and dropping them into the magic-meet-machine world of Rifts? The possibilities were endless, and my role playing group took liberty with those ideas. They were probably some of the most fun games I had played in my youth.

Bring the clock forward to modern time. When I tried to look for a new game to play, as I have been playing in the World of Darkness for over 20 years, I was having a difficult time recapturing that sense of fun with the Palladium system. It has not aged well over the past 3+ decades, and I could feel the flaws in the system that I had overlooked way back when. I couldn't find a single system that had the feel of what I was looking for, nor the multiple setting that I was craving.

In my dilemma, I created an opportunity. Since I couldn't find what I was looking for, why don't I try to design it? People seem to be doing it all over, and getting their dreams realized through things like Kickstarter.

I also know that I can't do this by myself, so I'm working to put together a team of fellow gamers so we can collectively pull together our experience to create a great new TT RPG system. Once the team has been established and we have forward progression, I hope to post monthly updates here.